Jurisprudence, Interpretation and General Laws (JIGL) is the 1st paper of CS Executive Module. It is subjective paper (descriptive question based). There are 17 chapters in this subject.

For June 2023 and Dec 2023, we provide live classes of JIGL and recorded video lectures of JIGL. 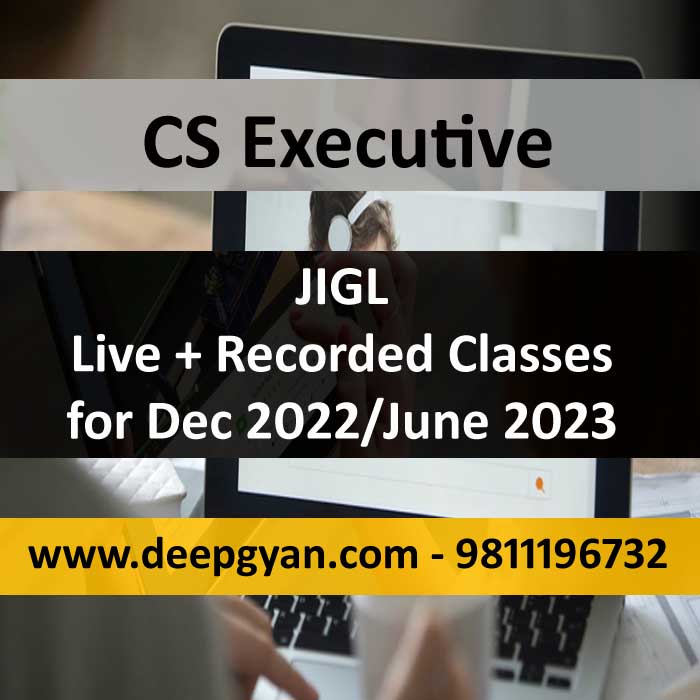 How Classes will be delivered?

Notes of CS Executive Jurisprudence Interpretation & General Laws
Notes will be delivered in PDF. Students can download the notes and print them if required.

Student can opt to take the classes in any of the 2 formats:

Downloadable Format (Suitable to watch videos on Laptop)
In Downloadable Format, we share videos via Google Drive, and student can watch the videos by downloading the videos from the Google Drive. Here internet is required to download the videos. After downloading, videos can be watched without internet. These videos can be watch only on single laptop (Operating System shall be Windows. Our videos do not support Mac). These videos are not compatible with mobiles.